The Truth Behind 13 Reasons Why

By cydnechronicles in Entertainment, Uncategorized on 19 Jun 201810 Nov 2018
No comments

According to the American Foundation of Suicide Prevention, suicide is the 10th leading cause of death in the U.S with Texas being ranked 40 in the country .

The Netflix show “13 Reasons Why” has been praised for its storytelling dealing with controversial topics such as suicide but, many are concerned the show isn’t helping raise awareness.

Based on the best-selling novel written by Jay Asher, the story surrounds Clay Jensen as he listens to 13 tapes his classmate and friend, Hannah Baker, left for 13 of her classmates including himself to explain what led her to her suicide.

Many theories about the show include people with mental health issues could copy Hannah’s actions. It’s almost like the saying, “Monkey see what monkey do.” Someone could possibly watch the show, relate to the character, and repeat their actions. We get so drawn in we forget it’s just a show and shouldn’t mimic everything we see on TV.

Another theory is the show glorifies suicide and does nothing to help people who are suffering. I agree with this but the show was created to make conversation about the issue and aware of us on what’s going on. Was the storytelling dramatic and graphic? Yes. But did it get your attention enough to spark conversations on social media and to your peers about it? Right again. In the show, Hannah cut herself and bled out in the bathtub while in the book she overdosed on pills. They needed to make it dramatize it, so viewers can get the point even though they could’ve possibly taken it too far. Young adults ranging from 15 to 24 had a 13.5 percent suicide rate which isn’t the highest comparing to older adults ranging from 45 to 54 with 19.72 percent .

Thousands of viewers who watched the show took their opinions to social media and spoke about the show and most importantly the issue itself. Some felt like this was a way to express what they’ve been going or went through to help others in their time of need.

But we also need to clarify between wanting attention and actually dealing with a mental illness. Some claim they are dealing with depression, anxiety, etc. but have no idea what dealing with it actually entails. Being depressed isn’t just being sad. Having anxiety isn’t just being emotional. Saying “ I want to kill myself” because something isn’t going your way is pitiful. Cutting or harming yourself just for the attention isn’t cute. There are several people dealing with these mental illnesses and are actually suffering and wanting to end their life. On average there are 123 suicides everyday . Hannah shouldn’t have blamed all of her classmates for death, it was for attention and was portrayed as revenge for what her classmates did for her. But everything she dealt with definitely showed she struggled with depression which viewers shouldn’t take lightly.

People shouldn’t want to or kill themselves like Hannah in 13 Reasons Why. She should’ve talked to someone she could trust such as Clay, her parents, or anyone and sought for help. Also, we should realize trying to seek for help could also be hard. It’s hard admitting you need help especially if you feel your peers won’t be able or care to help. If Hannah reached out to Clay would he be able to help avoid her death?

Even though it was originally just a book, this stuff happens every day and we should be cautious. Check on your friends and loved ones because you never know what they are going through.

If anyone you know or yourself is dealing with mental health issues seek help or call the National Suicide Prevention Lifeline at 1-800-273-TALK (8255) or contact the crisis health line by texting TALK to 741741.

View all posts by cydnechronicles 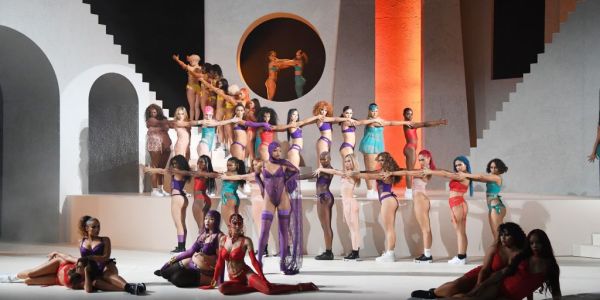 Society Needs To Be More Accepting of People’s Bodies